Benefits Of The Lychee Fruit 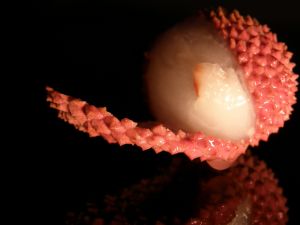 The tropical lychee fruit belongs to the family of soapberry. It can be found widely in Asian countries, such as Philippines, Northern Vietnam, Southern Taiwan, Southern China, and Indonesia and in India but only during summers. The lychee fruit develops from evergreen tree, its leaves being pinnate. Externally, it is covered with a rough pink-red textured peel which can be easily removed. When you open it, it has a sweet layered flesh colored white, enclosing a seed which is colored brown. Lychee’s taste is to some extent like that of grapes, with juicy taste as well. Aside from it having tasty and sweet flavor, lychee is an antioxidant fruit with very useful health benefits as well as nutritional benefits.

Below are lychee fruit’s nutritional and health benefits:

You can buy Lychee products online.

Have you had a lychee fruit?  How did you like it?

[...] a million taste buds surrender to the juicy and delicious sweet taste of Lychee. It is a subtropical fruit from Southern China and grown in most of the warm regions of the globe. [...]