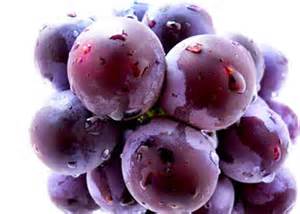 “Flavonols?!? What are flavonols? How am I supposed to remember all this stuff?” Don’t worry, we won’t be testing you on this later, and even if we did, this information only appears daunting because it is unfamiliar. It’s all pretty simple, actually.

Flavonoids show antioxidant properties in vitro, but the in vivo relevance of this to dietary consumption of flavonoids is debatable; some researchers believe that biotransformation of flavonoids into uric acid is responsible for the observed in vivo antixodant effects of flavonoid consumption. Common flavonols include myricetin, quercetin, and kaempferol.

Whatever the mechanism by which flavonols exert antioxidant effects, said effects are associated with reduced risk of maladies such as heart disease and cancer. There is even some evidence that flavonols may be useful in the treatment of cancer; for instance, aronia berry extract, which is a rich source of a variety of flavonoids (including flavonols) has shown promise in combatting brain cancer both on its own and in combination with curcumin. The beneficial effect seems to derive from the ability of aronia berry extract to reduce the growth of cancerous cells as well as destroy pre-existing cancerous cells.

In addition, flavonols seem to have a wide variety of other health benefits – there is evidence that: they are beneficial in promoting bone strength; have anti-inflammatory activity; and even show neuroprotective activity. Dietary sources of flavonols include tomatoes, apples, kale, grapes and aronia berries. The list of benefits of these antioxidant fruits just continues to grow.

[...] and one that we don’t discuss much in our daily lives. Anthocyanins are merely a type of flavonoid. Flavonoids are compounds with antioxidant effects. This isn’t all flavonoids do, however, [...]