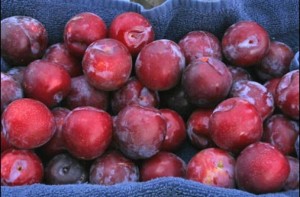 There are so many different types of fruit out there that it’s enough to make your head spin, all the while your stomach growls. Recently, we’ve seen a trend of more people purchasing exotic, foreign fruits from areas like southeast Asia that can’t be grown in North America. While there’s nothing wrong with this, we should keep in mind the tasty antioxidant fruits we can find in our own backyards. In case you’ve forgotten the varieties of fruit available in your area, we’ve come up with a list of goodies.

Rarer Fruits in North America
As mentioned, the previously list is just of antioxidant fruits that many of us keep on hand. This next list is full of more obscure fruits, some that are particular to specific areas of the continent. If anything, this list should encourage you to eat local fruit.

Huckleberry or “hurtleberry” — This fruit can sometimes taste tart and other times sweet depending on when you eat it. Some people compare the taste to that of a blueberry. Huckleberry is actually the official fruit of the state of Idaho but you can find it in other areas like the west coast and midwest. Huckleberries contain anthocyanins, which contributes to their coloring. 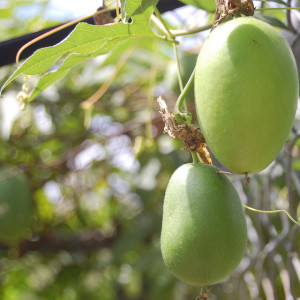 Passionfruit, also called the “Maypop“– The passionfruit plant can be found in southeastern and midwestern areas of the US. This fruit has a tart taste, sometimes resembling that of a kiwi.

Pawpaw, also known as “custard-apple” and “sweetsop” in some areas — The pawpaw has a tangy flavor that will cause your mouth to pucker up if you eat too many in one sitting. This fruit can be found in the eastern, southern, and midwest parts of the US, as well as southern parts of Ontario that are near the US.

Saskatoonberry or the “western juneberry” — You can find this fruit in the western and northern US, as well as Alaska and much of western Canada. These antioxidant fruits share a taste and look with the blueberry. There is a slight difference in taste, as to be expected with any wild berry. The Saskatoonberry contains anthocyaantioxidant-fruits.comns just like the blueberry does.

As you can see, there are all kinds of antioxidant fruits growing in North America, and quite a few of them don’t seem to get much attention. Many of these fruits contain anthocyanins, which have antioxidant properties. In other words, get out there and start eating more local fruit. As long as you don’t start picking up and eating random berries, you should be fine!