Durian and noni are two types of exotic fruit, grown in south-east Asia, that are renowned for their strong, unpleasant odors, and strange shapes. Aside from looking odd and having powerful, nasty smells, they don’t have a lot in common, and there are several differences between noni and durian. 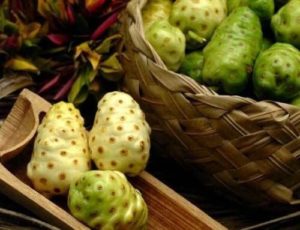 Durian and noni are two types of exotic fruit, grown in south-east Asia, that are renowned for their strong, unpleasant odors, and strange shapes. Click to Tweet

Vomit fruit vs ‘King of fruits’ – what do they look like?

Both fruits have considerable variation, with over 80 species of noni available and hundreds of different types of durian cultivated. However, no matter the variety, each fruit has distinctive physical features that are fairly consistent.

Durian fruit have a pear shaped, woody, spiky exterior, a little like a horse chestnut. The edible part of the fruit is inside this hard shell, and is soft, kidney-shaped, and usually a yellow or white color, but can come in other colors, such as red or green. 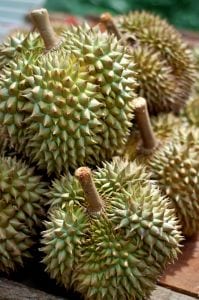 Noni fruit is green, which changes to a more yellowish green hue when ripe. They’re usually about the size and shape of an average potato, with a knobbly texture and small lumpy nodules that poke out from the skin. The inner flesh is pale, often off-white, slightly jelly-like, and full of dark seeds.

The Noni Tree and The Durian Tree.

The plants that give us these two stinking Asian fruit are very different from one another.

Noni fruit grows on leafy shrubs named morinda citrifolia. They stand about 15 ft tall, which can develop into full trees which stand about 30 ft in height. They give fruit all year round, which needs to be harvested from the trees. 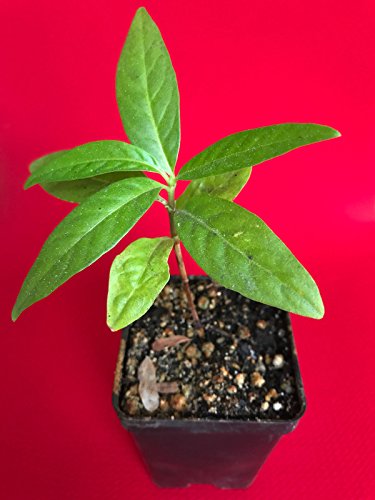 The fruit of the durian, however, falls from the plant itself when ripe. It grows on very large trees with broad trunks, that grow as tall as 130 ft.

While both fruits are renowned for their intense, unpleasant fragrance, they smell quite different to one another.

Noni is sometimes named the ‘cheese fruit’, and at other times ‘the vomit fruit’. Both of these names give a good idea of its foul aroma. It’s generally described as smelling of strong, stale blue cheese, mixed with the scent of bile, and has an unpleasantly sweet undertone. It smells generally rotten, as if it has gone off.

Noni is sometimes named the 'cheese fruit', and at other times 'the vomit fruit'. Click to Tweet

Durian is so notoriously foul-smelling, with an odor that can linger on fabric for days after eating, that it is banned from many hotels and public transport in Malaysia and Singapore. It’s generally described as smelling like putrid onions, smelly socks, turpentine, and even rotting flesh. While no one seems to have anything positive to say about the smell of the noni fruit, opinions actually vary on the durian. While most find it’s scent absolutely disgusting, there is a vocal minority who claim to like the smell. 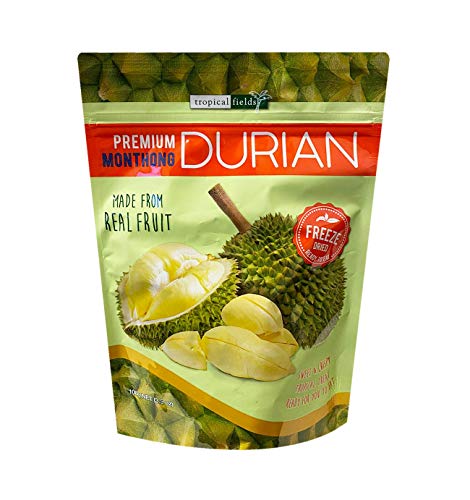 Luckily, fresh durian fruit doesn’t taste anything like its foul odor, often being compared to desserts. Its fans describe it as tasting like creamy custard apple, with the texture of set cheesecake and with a vanilla aftertaste. It has a mellow, slightly caramel taste, that is widely regarded as delicious.

However, noni tastes a lot more like it smells. It’s said to taste different depending on how ripe the fruit is, but generally the flavor is compared to rotten cheese, combined with a very strong, tangy and sour flavor similar to pineapple of citrus fruit. Noni fruit is described as a ‘famine’ fruit, meaning it’s useful as it can be harvested all year round ,and is eaten when food is scarce and other options are limited, rather than because it has a pleasant taste.

Whereas durian might be delicious, noni seems to be very much an acquired taste. Much of the fruit’s popularity in recent years though comes not from their flavor, but from their many purported health benefits.

Despite their strange appearances and unpleasant smells, both fruits are actually highly nutritious. One thing they have in common is they have recently become popular as part of diets and in health supplements.

Both durian and noni have been linked to claims that eating them, or drinking their fruit juice, can ease the symptoms of arthritis, diabetes, and even cancer. While there has been no significant scientific evidence to suggest this is true, both fruits are certainly packed with vitamins and compounds that have beneficial effects on health.

Both noni and durian are unusually high in antioxidant plant compounds, such as carotenoids, flavonoids, and polyphenols. Foods containing high levels of antioxidants have been proven to help reduce damage caused by oxidative stress. As such, it’s possible that eating noni and durian fruit may lower the risk of developing health conditions such as heart disease, diabetes, and Alzheimer’s.

Both noni and durian are unusually high in antioxidant plant compounds, such as carotenoids, flavonoids, and polyphenols. Click to Tweet

As well as antioxidant and anti-inflammatory properties, both fruits have a high nutritional value. Durian in particular is very high in vitamins, having a higher nutrient density than perhaps any other fruit. A single cup contains 80% of your daily value of vitamin C, and contains significant amounts of thiamine, manganese, vitamin B6, potassium, and folate.

So despite their strange appearance and potent, off-putting odor, both noni and durian fruit have multiple health benefits. They may have many differences, but both make an excellent addition to your diet.

The noni fruit and the infamous durian are two examples of strange fruit with a pungent smell that have many benefits to your overall health. The antioxidant capacity of both is high, in particular with noni juice, despite the taste being off-putting. If you’re able to add durian and noni into your diet in moderation then you will potentially improve your heart health and decrease the risks of a number of conditions and diseases.

If you cannot abide the smell of noni or durian fruit, then other edible fruit from Asia that has similar health benefits includes rambutan, breadfruit or pomelo, one of the largest citrus fruits that is similar to grapefruit and is very popular in the region.