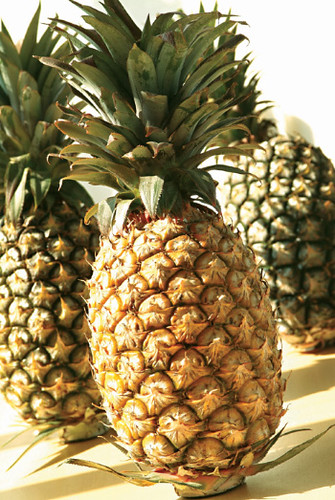 Pineapple is a popular tropical fruit which has some potent antioxidant value. The ORAC value provided by USDA’s antioxidant data shows that the H-ORAC value for the pineapple is within 373; while the L-ORAC value is 12. The nutrients one can get of pineapple are vitamin C, manganese, fiber, vitamins B1 and B6, copper, folate, and calories. Vitamin C is the primary antioxidant of pineapple which protects the body from free radicals. Free radicals are known to produce atherosclerosis, diabetic heart disease, and airway spasms, damage of cells of the colon and contribute to joint pain and disability. Likewise, manganese and thiamin (vitamin B1) found in pineapple are helpful as antioxidant defenses and energy production.

Pineapple is nicely prepared as antioxidant fruit juice for one’s daily consumption. Thus, for extra energy and healthy diet, the inclusion of this antioxidant fruit—pineapple—in one’s daily diet, could greatly enhance a person’s immune system and limit the damaging effects of free radicals.